Psychedelic Shack is a head shop in Pensacola, Florida. 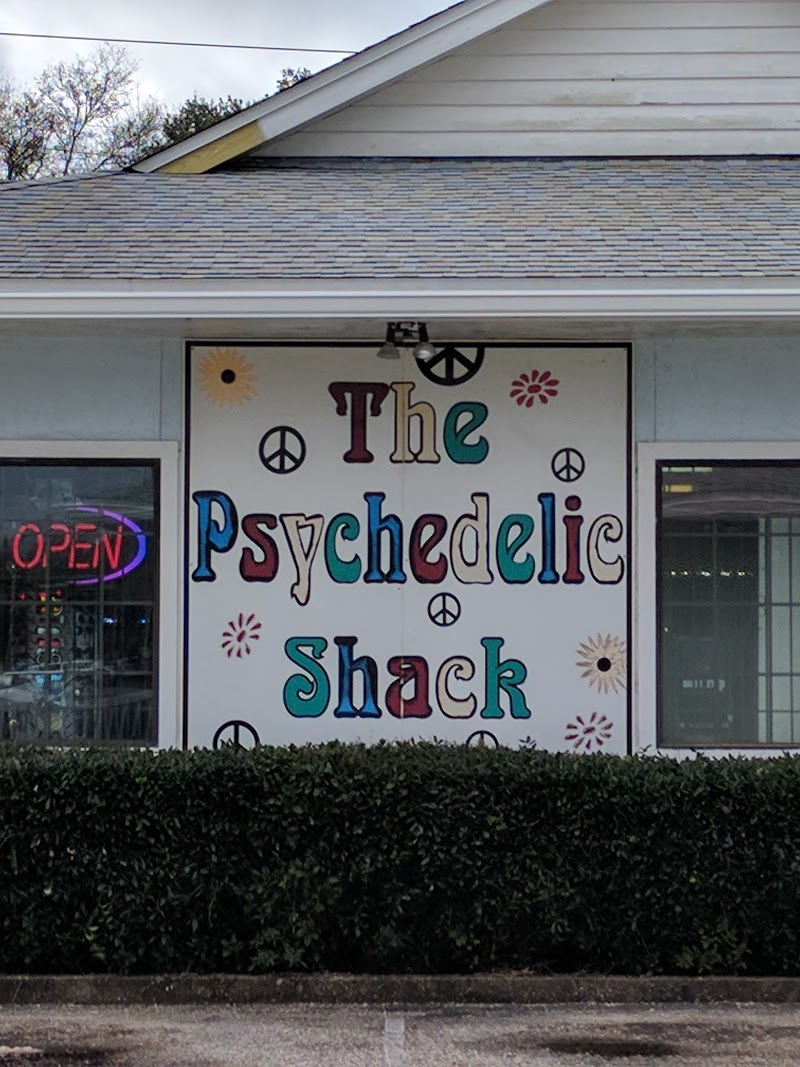 There are 3 locations in Psychedelic Shack.

There are multiple 3 phone numbers in Psychedelic Shack.

LOVE the Shack! Workers are really nice and they have REALLY cool stuff! The lady who does the piercing there is really super informative and really nice! If you're looking to get a piercing done it is definitely the place in Pensacola to go!!

SO GLAD I CAME HERE!!!! I made a trip out to the shop from about an hour and a half away after I set up my appointment with Autumn, thanks to Ross. Ross and Autumn greeted me when I walked into the shop with kindness and gratitude. My appointment was due to an issue on a piercing that had recently become troublesome (after about a year that was done by another piercer in a different state). Autumn is an awesome person, very knowledgeable as well as made me feel EXTREMELY comfortable. I recommend this place and these kind individuals to everyone! Very professional! THANK Y’ALL ONCE AGAIN!

I got all my piercings done here back in the early 2000's and never had any problems. Today I go in to get a piercing and met the piercer. All I can say, not sure how she can be the manager of piercing or have a job there pierod. She's very rude and condescending. On top of that she would not pierce me because I didn't have an appointment and she didn't have time. She was standing behind the counter talking to an employee when I arrived and while I was looking around the store, no one was in the store and yet she didn't have time. After her being rude and treating me like she was better than me I took my business elsewhere and didn't have to have an appointment. They told me they get a lot of their business because of her and her attitude and having to have an appointment to get pierced. I tell you what, I'll never go back there. The other place will get my business from now on and the piercer is very friendly.

I had a pierced named autumn and she was very sweet and explained everything and took the time to make sure I knew everything to do for the aftercare, definitely would recommend her to anyone who wants to get pierced

I'm a deep sleeper and woke up with my newly (1 month ) pierced nose ring out. I tried YouTube videos and to get it in myself but was unsuccessful. Called a nearby place and was given recommendations to try Mischief. Called her and even though she stated she was booked, she was really understanding, nice, and willing to help me out during get lunch break. When I arrived she was super friendly took my piercing and sanitized it. Afterwards she took me back to the room, explained how the ring was sanitized. Explained how she was going to taper it back in. Basically she cleaned my nose, used a long non needle like piercer and replaced my ring. Just a quick pinch and it was done. See stated this service was free even though I didn't get my original piercing here but I gave get something for being so helpful on short notice. Off to the side of the store they have the tattoo booths. Seating area. Majority of the store has paraphernalia. Then piercing display. Nice and clean establishment. Nice displays

I always enjoy my visit to the Psychedelic Shack. The associates are very knowledgeable and most of the time interested in helping you. They have a lot of very interesting glassware and a wide variety of products. Whatever you were looking for that belongs in a head shop you will find it at Psychedelic Shack they have several locations right around Pensacola this one is probably my favorite

Great service. Very knowledgeable staff. No piercings here but they do have a small selection of jewelry, sunglasses, all kinds of Glass peices and accessories and also some figurines and incense.

Awesome place and staff is very very knowledgeable. Decent selection of brands and products. Wish they had a bit more clothing and posters and such.

Staff always professional and polite. Wide variety of incense to choose from and reasonably priced.

This shop was closest to my house. Went often. They have a great selection of tobacco use products, incense, and stickers. Would go again.

This is the most primo spot I've ever been to the atmosphere the customer assistance. The selection is awesome on every level exquisite pieces. Oh and I can't wait to swing by and check out some of the tattoo artist work. Definition an experience worth having.

Had a fantastic experience the other day! I believe Shelby was the nice lady who helped me. She was very knowledgeable and answered all my questions! Definitely will be coming back!

Nice selection of glass pipes. Beautiful pieces, but can be pricey. You get what you pay for.

If i could give a 0 rating i would. Went in there yesterday after not having been in there in over a year. The lady helped me get what i needed , took my card to swipe for my purchase but coincidentally my card got compromised the same day. I have regular places i got to all the time with ABSOLUTELY NO issues and the one day i use my card at this facility with not having been there in forever, something like this happens. i will never be returning and i hope you guys watch your accounts or use cash when going there.

This is one of the 2 shops they have in Pensacola. This one is a lot bigger and they do tattoos and piercings here. They offer a lot more at this shop. Pretty clean, staff was awesome. Stickers are great, bought about $100 bucks worth. Would definitely go again.

Other Stores in Pensacola, Florida 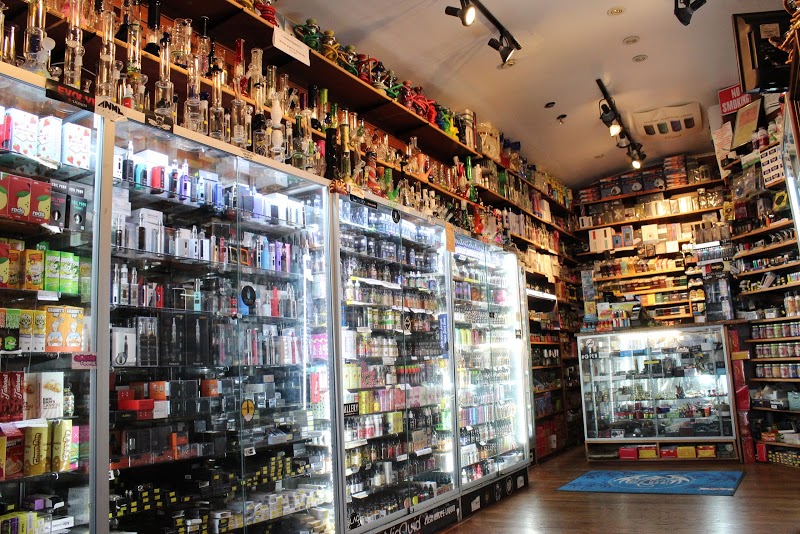 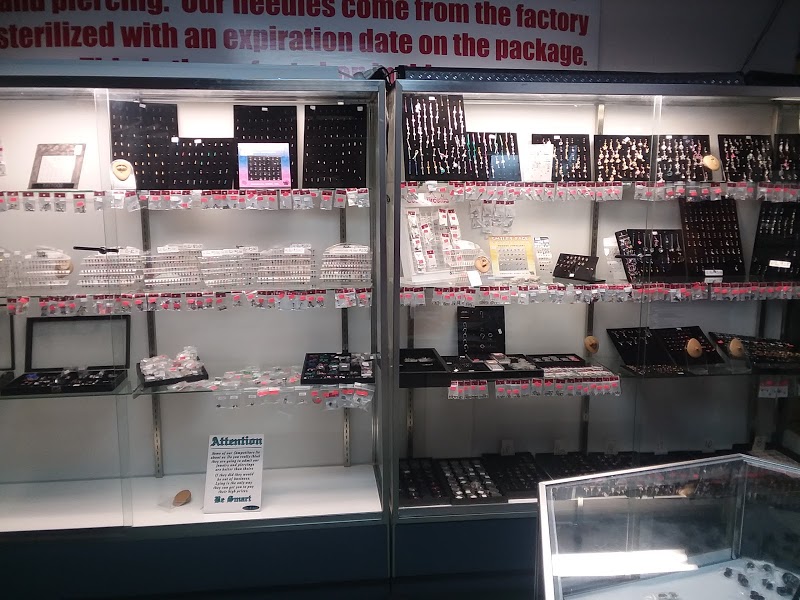 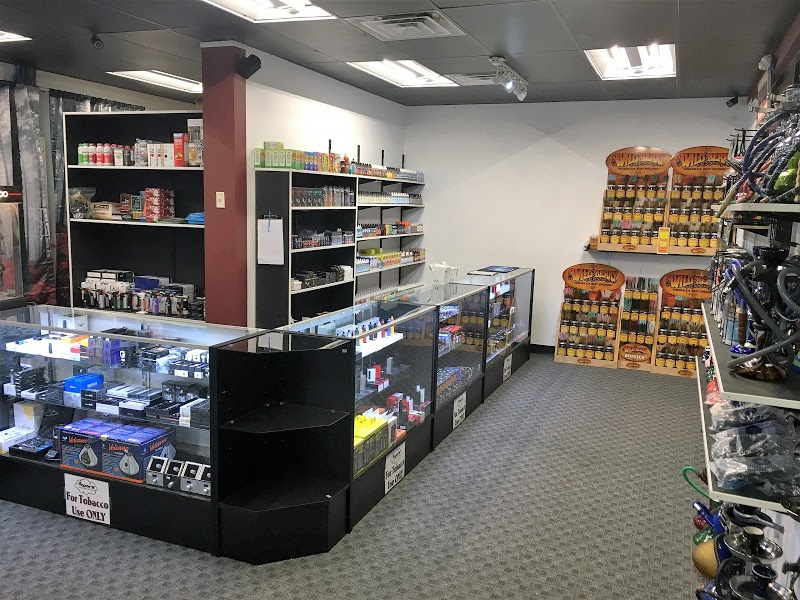