Smokers Choice is a head shop in Oswego, New-york. 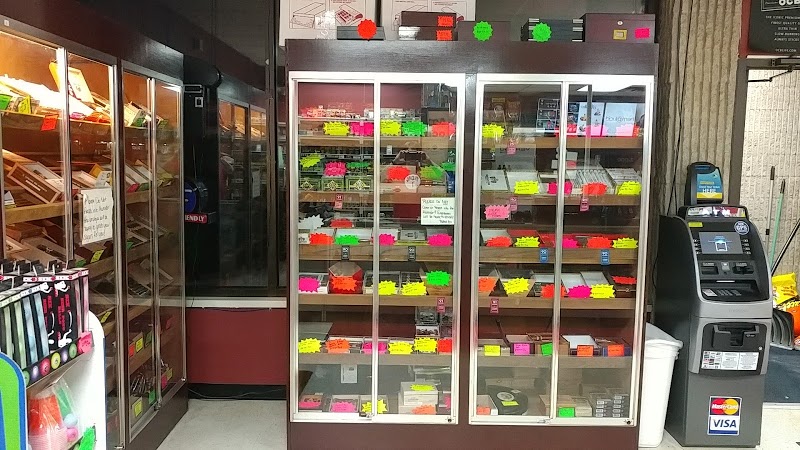 There are 2 locations in Smokers Choice.

There are multiple 2 phone numbers in Smokers Choice.

This is ok for pricing but thy hardly evr have what flavors u want or they say it'll be there n then the following sat still not in! Plus we go then there's a sign on the door be bk in 5min in 35min later still NOT back!!!

Called to get a price on a product. Drove over a half an hour to the store only to find out the product was more expensive than I was told over the phone, and that they couldn't actually have been bothered to check the price when I called. What a joke.

Great service. have everything you need and then some! Thanks guys!

I called before driving across town to verify they would be open till 9. At five of 9 I found a locked door. I will pick an alternative supplier next time

we were given a suggestion on which vaporizer to buy , we wanted the best one and were sold one that would leak regardless to what was done to it .we returned very calmly to inform them of the problem shortly after purchase .the manager did nothing more than unscrew it and put it back together stating ( that should fix it). doubtful we left with it , leaking again shortly after. we returned again speaking with a very sympathetic salesman saying we would have to return when the manager was there. a third time returning the manager claiming she spoke to her manager and said (they would return if not for the amount of time since our purchase !). furthermore she flat out refused to help us , denyng any exchange , ignoring our reasonable complaints and contradicting herself several times. bottom line, anyone would be wise to buy elsewhere and work elsewhere .... completely unprofessional and ignorant .

I didn't even go to this place. Google sucks at marketing even when they have all of my most private personal data.

Really knowledgeable and friendly staff. Very clean in there, my go to place for any of my needs

Great service very friendly and always helpful, even though I'm a pain in the a** :)

I would rate this higher for the nice selection of stuff it has, but the woman who works there with the red hair is awful. Treated me and my friend like criminals from the second we walked in despite looking at our IDs multiple times and gave nasty attitude to us for asking any questions at all to her. Seemed like she couldn't be bothered to help us at all and hated us for no reason. Not going in here again.

Do you even vape bro?

Other Stores in Oswego, New-york