Tobacco Depot is a head shop in Nottingham, Maryland. 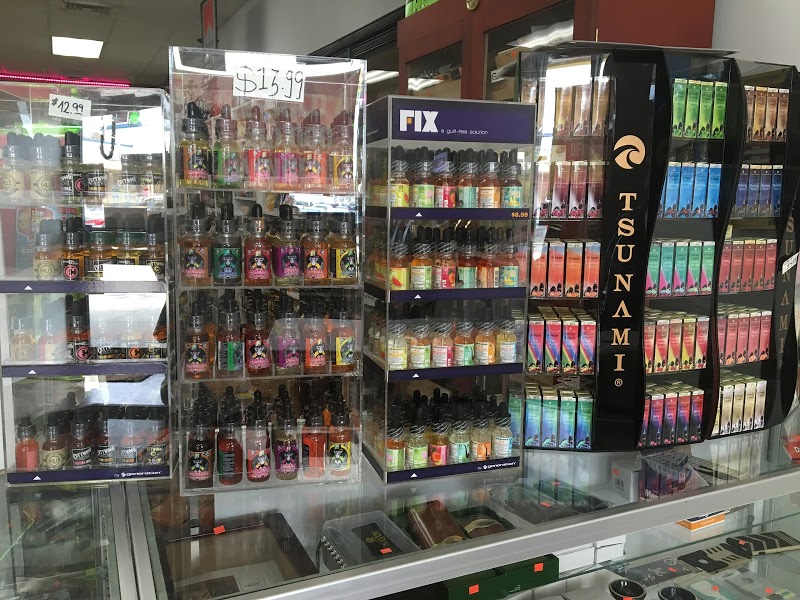 what can I say but tobacco Depot they are great people respect and courteous and the best thing is they have all the product that I need . they are open from 9 a.m. to 9 p.m. on weekdays and Saturdays and 10 a.m. to 7 p.m. on Sunday . they have a really nice atmosphere. So if you have a chance to go they have any tobacco product so so enjoy yourself. P.S. Plus they have lotto sodas and juices and teas and they have a great respect for their customers I guess that's all I got to say about that.

Always have my Cue vape refills when the store I bought the unit from hardly ever does. It is worth traveling there. The employees are very respectful

Sister always recommended this store to her friends for hookah and flavor. She bought me a vape as coming home gift. The first one broke on me the first night. She was super confident because the owner assured her that if anything was wrong he was willing to help, even gave her a reciept and days and times he would be there. She showed the owner what was wrong; the battery and pen fell apart (manufacturer defects). Something was wrong with the clicker, leaks juice, difficulty charging ( my sister is not an expert when it comes to Vapes but she's been around them enough to know that something was wrong) the owner wanted to put the blame on us (did we drop it, we didn't use it properly, it suppose to sound like that, he didn't see anything wrong). Finally, she asked for an exchange. He presented her with the same model pen. This pen immediately had something wrong with the clicker. The owner again, tried to make it seem like it's okay, it's suppose to be like that. At this point my sister refused to have that excuse. She politely asked for a refund. He said no refunds, and presented her with the next model up version but wanted her to pay the extra $10. (She was stuck with either keeping a broken product or pay another ten for something she didn't ask for). Finally, my sister became a little more stern and the owner looked it over again. Found one last pen, that we originally bought. She tested it out, and it was better than the first three options. Took it home and told me how disappointed she was because she really liked that place.(she loves to support small businesses). The pen that was replaced broke in a couple of days, the same problem, the juice leaked, battery barely charged, it took 17 hrs to fully charge and for some reason it comes to pieces. If I could show you a picture I would, I'm looking at wires as I write this, very dangerous especially with exploding batteries on the news lately. She offered to take it back again but I told her that it wasnt worth her time and her business anymore.( To the people that know my sister, they know that she is polite and never causes problems) I would not recommend this place for any vape products. Just go to house of Vapes down the street, they sell quality products and they know every product they are selling, such good quality that the manufacturers have a warranty (I bought a Target mini). The Al Fhaker tub of flavors seem to be old and really dry as well (my sister use to work at a hookah bar, so she knows everything hookah, top to bottom) Lastly to the owner, since you like to reply to comments, shame on you sir.

They carry most of e-cigarettes, e-liquids and glass pipes. Feel comfortable to explain how it works and gives good suggestions.

The workers are so kind and polite and have great winning scratch offs.

Other Stores in Nottingham, Maryland