The Herb Import Co. is a head shop in New-orleans, Louisiana.

It is sometimes referred to as "The Herb Import Company". 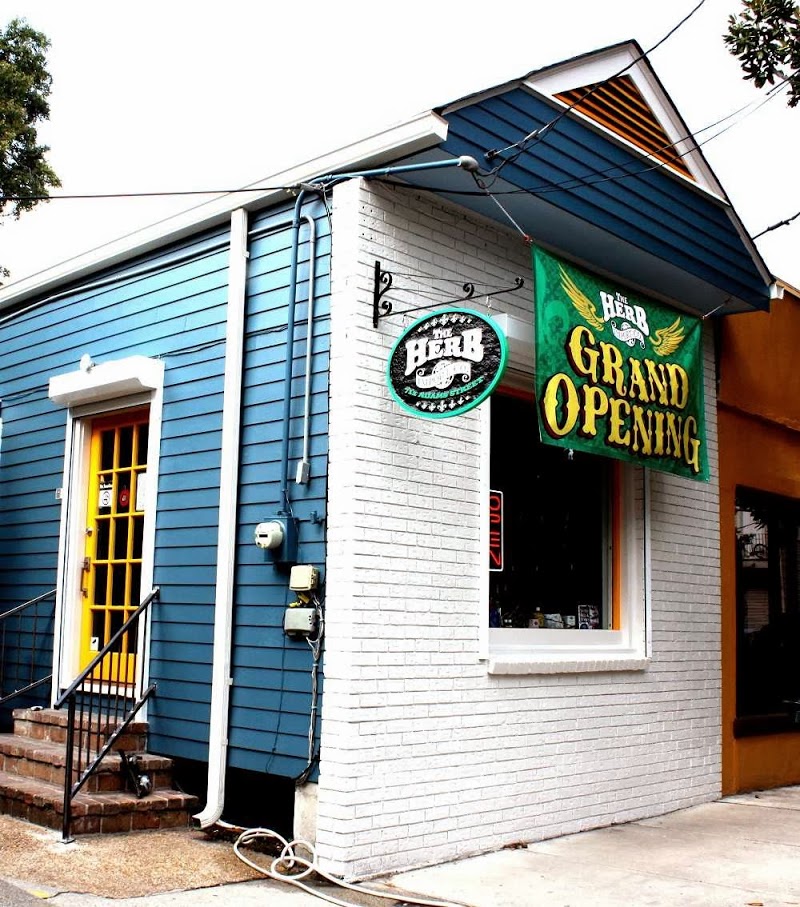 There are 3 locations in The Herb Import Co..

There are multiple 3 phone numbers in The Herb Import Co..

Lasted 2 minutes, only words spoken by the lady behind counter "Please keep it down, I'm only telling you to shut up". We had a 200$ budget. Thanks for rudeness.

The parking is what you would expect for a place in the French Quarter. particularly being so close to Bourbon Street it is nothing but parallel parking in side streets. It is a small, but relatively busy little place with a small, friendly laid back staff. they sell papers pipes and other specialty smoking paraphenalia and related Goods. And are Swift to get rid of crazies and drunks who Wander in

I walked in with my ecig and cigarettes in hand just wanting to inquire about a new battery. I am a local that works right around the corner and has been here many times. I forgot my id at home for the first time and the man behind the counter had been very rude with me about having it. I tried to explain to him that I've been inand purchased from the establishment prior and he just kept telling me to get out in a very rude manner. I will be taking my business elsewhere from now on. I understand you have to check id's, as do I, but you should never be that blatantly rude about it.

Review by A Stockton

Awesome little place with hella products to choose from. The staff is extremely inviting and knowledgeable.. I was in and out in 5 min. Plus the little coffee shop connected is awesome as well. I will definitely be making this my regular spot for natural products and herbs!!!

I loved this place. Even ran into an old friend I hadnt seen in 9 years!!

Great store and staff as it has been for years. Thanks to all the employees for always being so great!

Place is ok for finding herbal remedies, detox, and some handmade soaps by locals. You can also grab a latte or expresso as well as a fresh smoothie.

Went in today and was helped by the most knowledgeable guy by the name of Hunh Bui. He wSw very jelhelp and most kneknowledgea on every question I had asked. Had been in there before anc was helped by a female whom had a really bad attitude, so this guy was a source of knowledge and a pleasure to speak with . Thank you Hung for your help and your kind attitude and attention. Really appreciated your help and your wisdom.Thank you.

the audacity of the work staff. Went in today to replace the dugout I had recently broken and made the mistake of disturbing the ship employee who was busy watching comics on the store computer . Boy, did I make a mistake. He was rude , did not listen to a word I said and was completely disinterested in assisting me . When he started to ring up my purchase , I pointed out that I thought he was being less than helpful. He then loudly told me I was wrong and that he would not sell me the item I wanted and then threw me out of the store. I phoned the manager and while he apologized , he offered nothing to make the situation right while acknowledging the incompetence of the staff at the uptown location. This company will never get my business again and I will walk the 12 blocks to the Ra Shop. I suggest you do as well.

I wanted to take the time and express my opinion of your store and your employees that have always been extremely helpful and knowledgeable about the products that you carry here. Everyone that works at this particular location out of all the other locations have been the most helpful. Especially the gentleman that was here today. He has always taking the time to address my questions and even has gone as far as doing research on his own time with products that don't have a lot of information because it just came out. I go to this particular location at least every other day and at no time did any of these employees here blow me off or have not addressed my concerns. All of them really make you feel like you're just not another customer but an individual with individual needs and expectations.

I work in the area, and visit this place often to buy smokes etc, and have to say it's always been a good experience. Selection is good, and staff are friendly and willing and able to give recommendations on products. No complaints.

Review by J B

Before I tell my story in case you get bored and don't finish I want to make a few things clear. The herb is awesome and I have always gotten along with the employees. It's a laid back atmosphere and whenever I have time I'll hang around and chat. For years I have been buying tobacco, books, herbs & tea, and gifts for people. They now mainly sell high quality pipes and have the best selection of water pipes in town. They are high quality and worth what you pay. This one person is no longer there most likely because she needs to work somewhere she doesn't have much if any human interaction. In all seriousness she seemed miserable and I hope she is getting the help she needs. To anyone who had a run in with her: you are safe! Go back to the herb, it's a happy place and some times they have free stickers or match books! Last summer I walked into The Herb and was rudely greeted by someone yelling "ID!!!!" The second I stepped foot in the store. I was thrown off and wasn't sure what she said because most people who are lucky enough to have such a cool job are friendly. Then she yelled YOU CAN'T BE IN HERE UNLESS I SEE YOUR ID!!" That time I understood. I said yeah sure and told her I was getting tobacco, since I was standing at the tobacco counter I figured she would come to look at it there and then grab my stuff for me. Nope not this lady! She stood scowling at me so I walked over to her. Once she had very carefully scrutinized my state ID we both made our way to the tobacco counter. "What do you want?" She yelled in my ear walking behind me, I jumped startled. I said that I was waiting until she got there. "I'll remember" she said. "Give me a box of Nat Sherman Classics in the brown box and a pouch of Amsterdam shag" I said to her as she is walking behind the counter and up to the tobacco. With seemingly no thought whatsoever she grabbed a random thing I forget what it was now but there was no way that's what she thought I said. I politely told her it was the wrong thing and repeated what I asked for. After a lot of difficulty and a lot of me pointing and describing the labels she found what I needed. At this point her dirty looks directed at me and rude manner of speaking had me really unconfortable and ready to pay and get out of there. Ha! She took her sweet time before ringing me up and she finally checked me out and told me the total. I handed her the money including a 20 $ bill. She proceeded to make a large tight spiral covering Andrew Jacksons entire face! (This is very wasteful you only need to make a small mark and if it's black not clear it's counterfeit). After her show with the marker she held the bill up to the light for what seemed like forever (I was so uncomfortable and annoyed at this point time just stretched on and on) I have worked as a cashier and the watermarks are clear and easy to spot I truly believe she was asserting her dominance at this point by showing me how little she believed I had a real twenty dollar bill in my possession! This was the first time I ever skipped leaving a tip. I was pretty annoyed with the whole thing but I figured once she saw I was a regular she would lighten up. HA! No, that's her personality I tried tipping well to see if she would at the bare minimum be polite in a cold professional way. HA! It was always something. My boyfriend had similar issues with her and eventually we just stopped going to the herb. So it's been months (I stopped shpping there august 2016 it's now April 2017). My boyfriend and I were eating down the street and I wanted to pick up some rolling tobacco so I have a stash when my cigs run out we were tipsy and hadn't been in a while I was ready to forgive and my BF wanted to watch her give me a hard time since he was quite tipsy and full of mischief. That didn't happen! Not this time! There was a really nice fellow named Gordon, he told me lots of funny stories and helped me find what I needed with my limited funds. It was a breath of fresh air and I'm super stoaked to be going back to one of my favorite spots. Thanks Gordon!

Other Stores in New-orleans, Louisiana 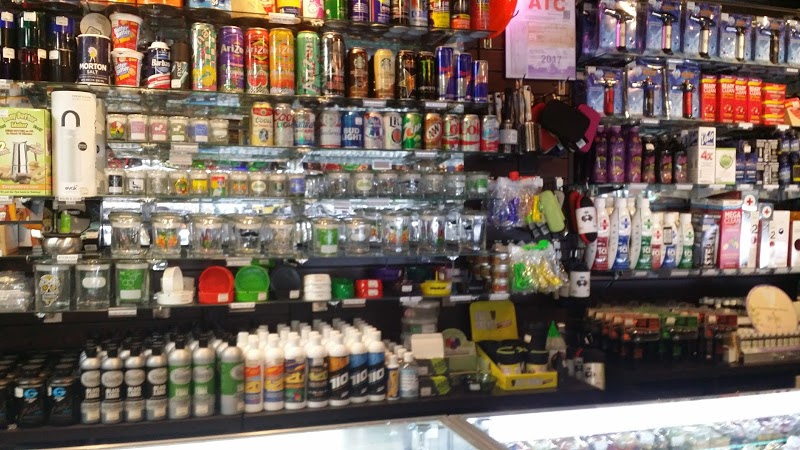 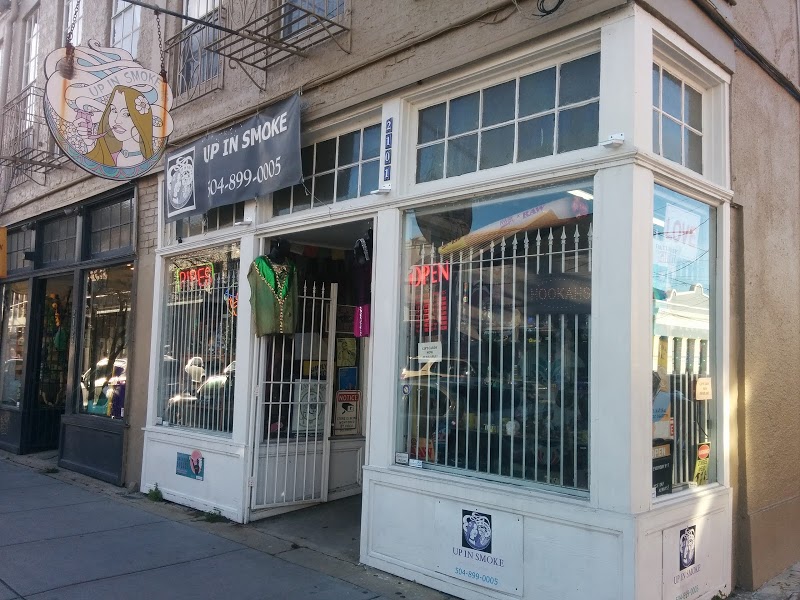 Up In Smoke HQ 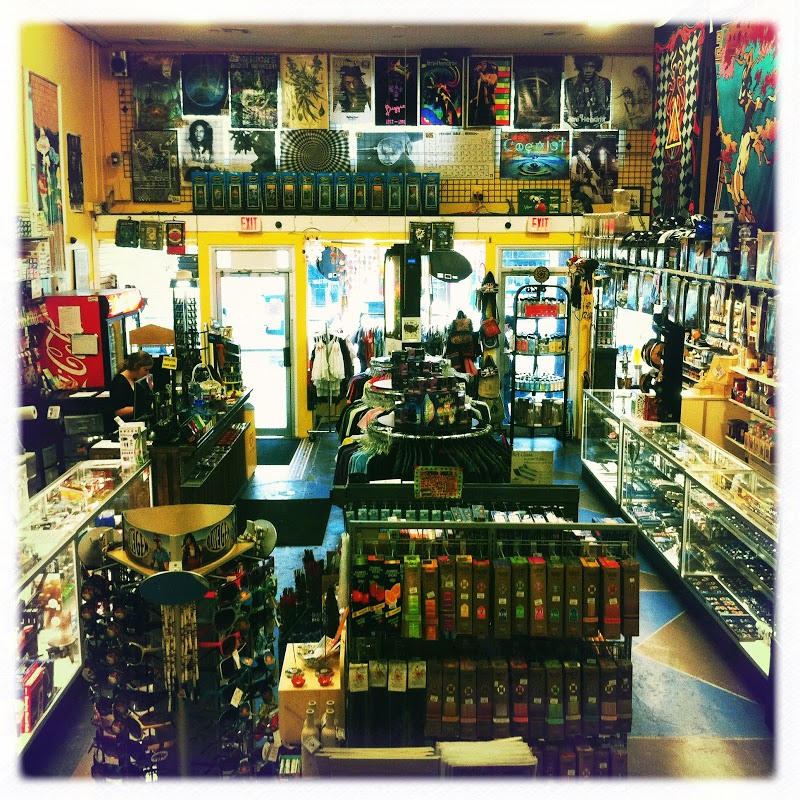 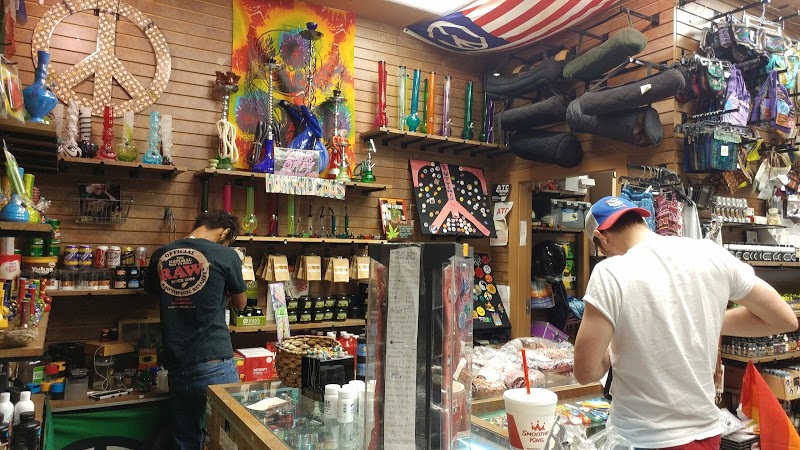 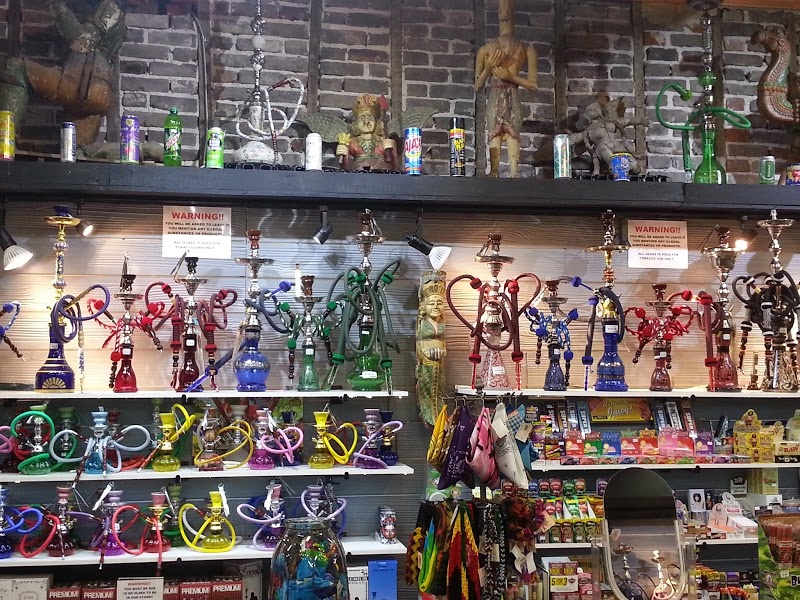 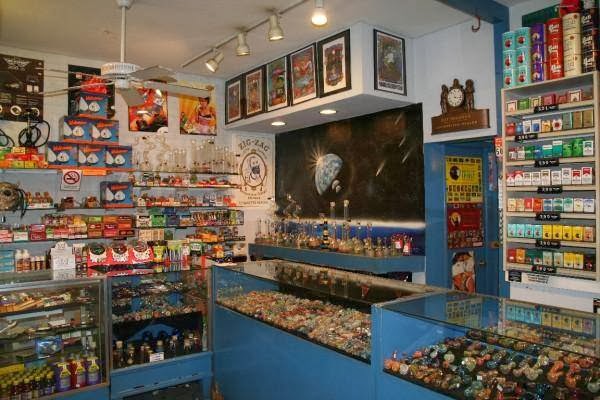