Up In Smoke is a head shop in Lake-mary, Florida. 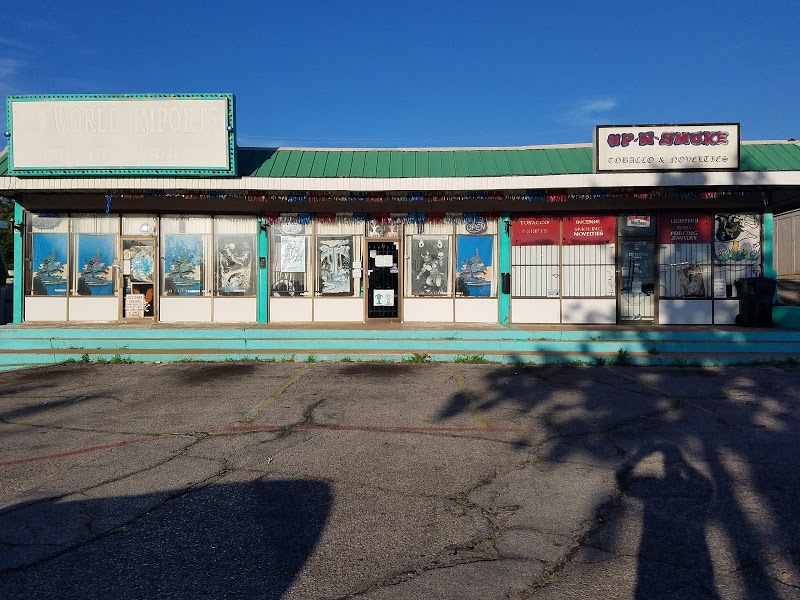 Discuss Up In Smoke

I was going here for a little while to buy cigars. They cost a bit more but it's close to home. Not any more. I will drive the extra 15 mins to Corona Cigar Bar. I bought some Cohiba cigars that were dry and stale. I called them and they said they can't do anything about it and to leave in my humidor for awhile. That will get the moisture up but they flavor will not return. They need to get there humidor working correctly if they are going to sell cigars.

Monday, February 26, 2018 4:45 PM Unfortunately I feel that I need to write this review, so people know what to expect, from a customer service perspective, when they visit that store. I made the mistake of walking into the SMOKE SHOP, with a lit cigarette. Before I even walked all the way in the store, I asked if it was OK to smoke. I figured it was, because all of the smoke shops where I am from allow smoking inside the store. Well, the girl that was working @8PM on 2-26-2018, very rudely said, "no take it out side". A simple "NO", would have been just fine, & there would be no 2 star review from me, but that was not the was this simple encounter was handled. I disposed of the cigarette, outside, and apologized even though she was rude. The male that was working with her, took over assisting me, thank heavens. I explained to him the only reason I thought smoking in there was allowed, is because it is acceptable where I am from. She must have had selective hearing, and heard something different, because she chimed in, like a child trying to get the last word, "it's the same everywhere in Florida". As if I was lying, because obviously, it is that important to me that I would lie about it, because of some immature girl that I could care less about. The guy had to explain to her that I wasn’t from Florida. Now, IF I had walked in and just started blowing smoke all over the place, not caring or just being ignorant, she may have been justified in the attitude the first time she spoke to me, but that was not the case, and the second time, I was apologizing and explaining myself. She was just being ignorant and instigative. Her puerile attitude has no place in a customer facing store. For me, that entire establishment's image is ruined, because I cant help but associate it with the actions of 1 immature, childish employee, that appeared to miss her nap and was grouchy. She was definitely not professional or helpful in any way. In fact, the only reason the place gets 2 stars from me, is because the gentleman that helped me out, understood customer service, and was very helpful. Thank heavens that someone besides that other her was there. Time for some customer service education.

Knowledgeable and respectful staff that can answer any questions you have along with great prices and huge selections to choose from. 5 stars!

Younger guy that was working was a big help. Had a few questions that were a little progressed and he answered them perfectly or pointed me to the right direction. I needed just a little something special and he not only recommended a perfect Vaporizer, but also had them on stock. Also this place is called "Up in Smoke" .. that name alone is why I checked this store out and it was perfect! (Cheech and Chong for the Millennial's that don't know the reference :P )

I don't usually leave bad reviews, but I was screwed twice in one night by this shop. I was assured that a particular coil would work for my rig. Alas, it did not and caused massive problems. I returned to the store two hours later (hoping for a reselect) and the guy who sold me the coil played dumb saying "you didn't buy that coil from me." I was also told that I was not able to reselect. I was then assured (again) a similar coil would work for my rig. Wouldn't you know it, same problem. My rig is designed for a .25 ohm coil and was specifically told a .6 would work well by the same guy. That was yesterday and now the brand new coil is burnt to Hell . I had read very poor reviews on this location and ignored my gut and gave them my business. Buyer beware.

Other Stores in Lake-mary, Florida